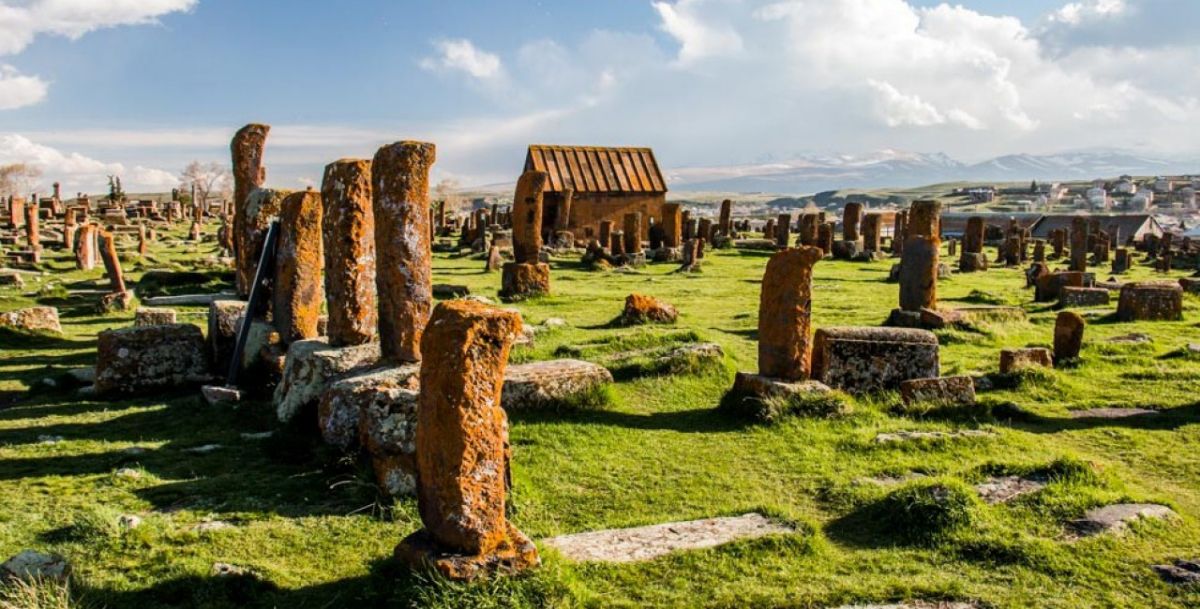 Day 1. Early morning departure from Yerevan. Drive to Nagorno Kharabagh. On the way we will visit Noratus is a major and historical village in the Gegharkunik province of Armenia, near the town of Gavar. It is famous for the Noratus cemetery.

Noratus is first mentioned as a settlement in the Middle Ages, when it was a much larger settlement. The bronze-age megalithic fort near the village points to the notion that Noratus is one of the most ancient continuously inhabited settlements in Armenia.

There are a great number of medieval monuments and records in the village and around it. One of the famous churches in Noratus is St. Astvacacain church, which is located in the middle of the village. It was built in the late of 9th century by the Gegharkunik prince Sahak. The church was a domed hall, completely built from polished and large stones. It was foundered in the last centuries and as traditionally it is said, the dome and roof were destroyed by the Lezgins. Alashkert immigrants have covered it with timbers. The church had a fenced yard, where now there are many khachkars (Armenian cross-stone) and headstones. The most ancient record is on one of the khachqars, which is now kept in the State Museum of Armenian History. 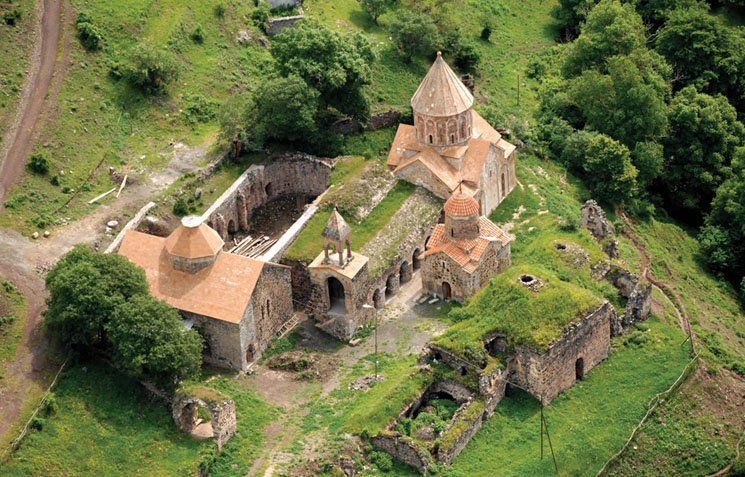 Then we head for the monastery complex Dadivank, built in the 9th century. It is located in Nagorno-Karabakh, on a wooded slopes of Mount Mrav, near the picturesque river Tartar. According to the legend, the monastery was founded by St. Apostle Dade in the 1th century. In 2007, under the altar of the monastery complex church were found relics of St. Apostle Dade. From Dadivank setting up to the hot mineral spring Jermajur. With the composition and medicinal properties it is close to the source of Karlovy Vary (Czech 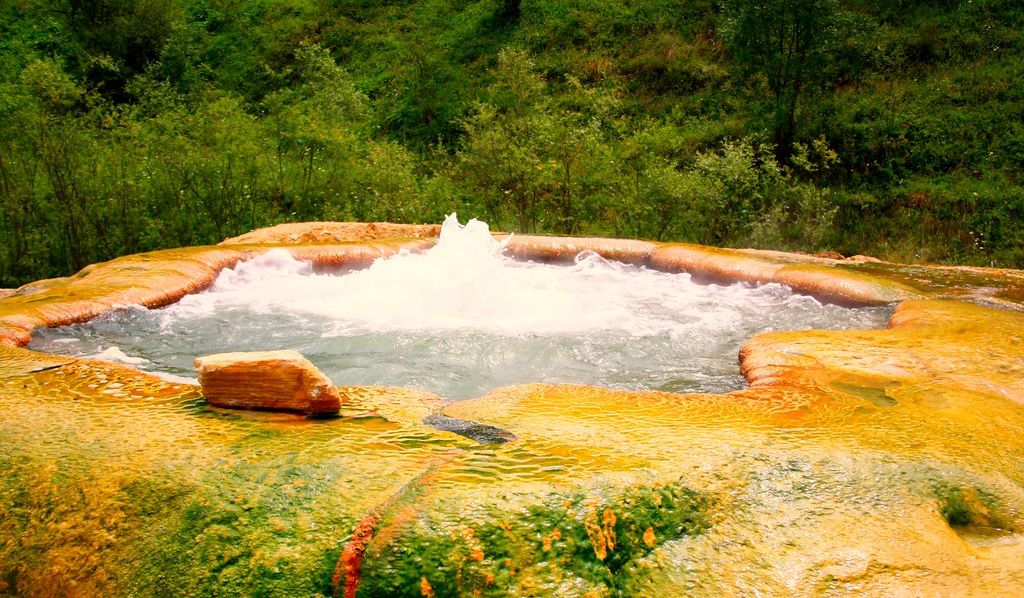 Republic) and Jermuk (Armenia). Spring water is drinkable, it is also possible taking a bath in this mineral water. We will spend time bathing in the mineral water, hiking. Overnight in Stepanakert.

Breakfast. Depart from Stepanakert and drive towards Hunot Gorge, Zontikner (Mossy umbrella). Hunot Gorge is one of the most beautiful places in Karabakh. The rocky gorge in the extent more than three 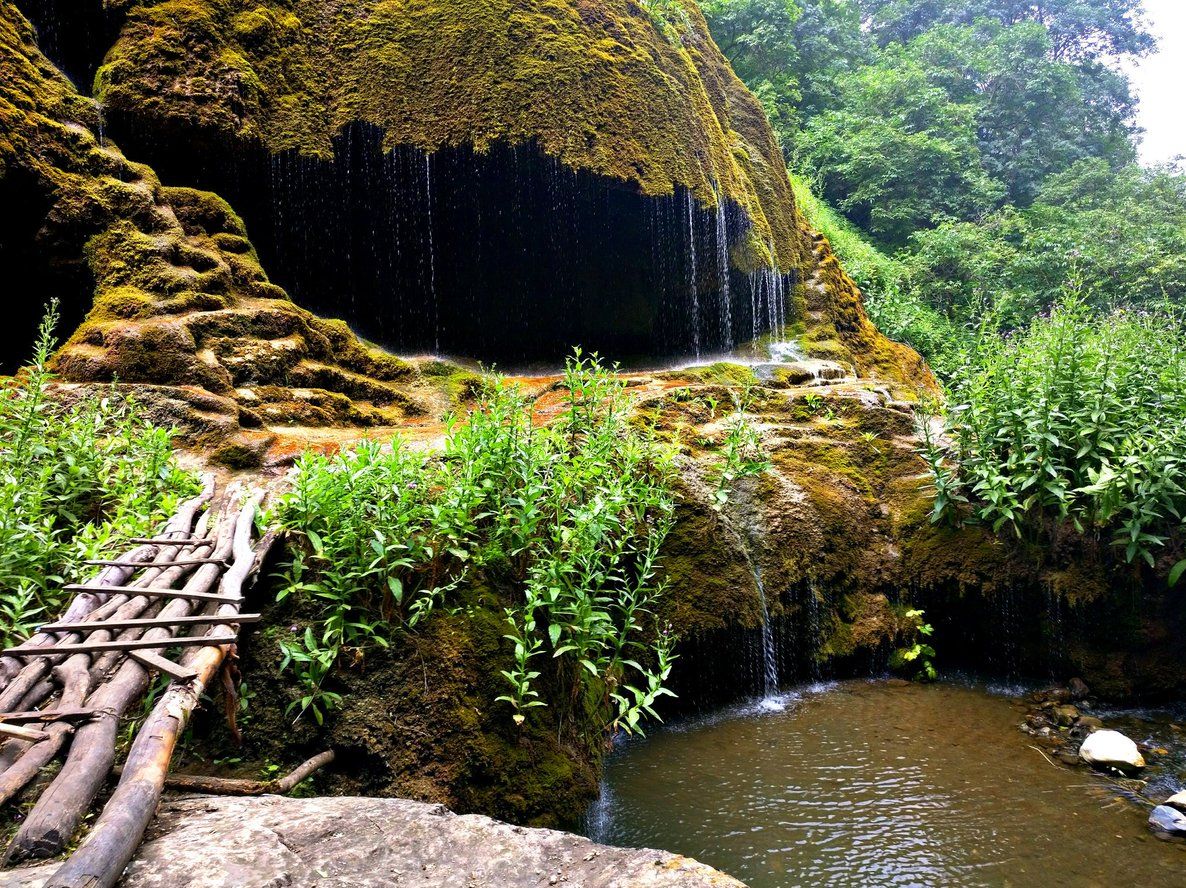 kilometers and depth almost 250  meters, is covered by dense forests and represents a unique natural and historic-architectural complex. In depth of the gorge there is a unique natural monument -a grotto, to enter which is possible only having passed through a veil of falls.

Here are ruins of medieval village Hunot, numerous watermills, three stone bridges, and also church and fortifications which have played an important role in defense of Shoushi. Inhabitants of the neighboring villages still utilize the arch bridge constructed in 1720. On the western slope are visible the rests of defensive constructions and the ancient caves served as dwellings for people during prehistoric times as well. It is possible to go down in gorge by abrupt stone ledges of plateau Jdrdyuz (Hippodrome) located in the east part of the city, from where the delightful panorama of Shoushi opens. Travelers, preferring walking tours in the canyon, will have the chance to see awesome waterfalls, thick forests, caves, which were inhabited during Stone Age, ruins of Hunot village, ancient bridges… And all these are surrounded by huge mountains and a river, which rushes through the rocks to surprise its guests.   More than a dozen ruined mills were saved in the territory of the State Historic Reserve “Hunot Canyon”. This proves the fact, that once Hunot was a prosperous settlement. Cave – spring is fresh water, which flowing from the cave “Mamrot Kar”, and getting the creek, creates the impression of natural «mossy umbrella», which became one of the most scenic spots of “Hunot Canyon”. 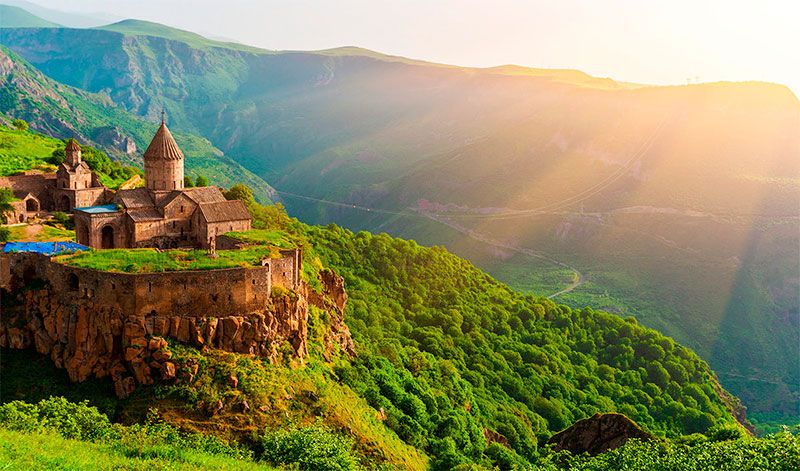 After all this, we will taste the delicious dishes of Armenian cuisine in the restaurant and head to Yerevan. The return route "promises to be impressive, we will make a short visit to Tatev. The Tatev Monastery is a 9th-century Armenian Apostolic monastery located on a large basalt plateau near the Tatev village in Syunik Province in southeastern Armenia. The term "Tatev" usually refers to the monastery. The monastic ensemble stands on the edge of a deep gorge of the Vorotan River. Tatev is known as the bishopric seat of Syunik and played a significant role in the history of the region as a center of economic, political, spiritual and cultural activity. After all, late in the evening we will return to the hotel in Yerevan.

- transportation, guidservice,  tickets to all museums and historical and cultural sites to visit /Tatev ropeway included/,